Guess you didnt know about the check box for show icon only. The condition would be for example: First in order to do the Icon Sets as traffic lights we need a column of numbers.

12 SIGNS YOU'RE DATING A ROADMAN - Honey

If you need to make edits, select the conditional formatting button then choose manage rules either with the selected cells or entire worksheet. The conditional formatting part should be pretty smooth, but maybe harder will be writing the formula underneath. The range of possible values I use are 1, 0 and I also tried modifying the stoplight conditions and referencing the type in Edit Format Rule to Number, to no avail. I have seen before where the numbers 0 and 1 were not picked up from a vlookup formula. I remember using the INT formula on the next column.

The INT formula rounds the number down to the nearest integer so you would return -1, 0 or 1. Third, you could create a test area to the side in which you are able to generate the proper icon sets. Then use the format painter to copy the conditional formatting over top of your desired place. Thanks for the reply! I looked into the returned values; they are specifically -1, 0 and 1. I tried forcing them by wrapping my formula in INT, and it worked! This was very helpful. I was able to get almost what I wanted but would like to have the lights show Red, Yellow, Green based on 2 columns.

I think I may need nested If statement? You could try the "use a formula to determine which cells to format" option and fill it with a yellow background color instead of an icon. Now this is quite awesome — but how now to mail merge the traffic lights into Word or Publisher please? I do not know if it is possible to mail merge graphics. You almost would need to create the report in Excel, might be tricky. But there is a page break button that might work. Depends on a lot of how much time is it to you to create the report. If you do find a workaround, please share it with this community.

Hi I was wondering if you could help. I want the light to turn green if the value is less than or equal to 0 and Red if its greater than 0. Hi Angie, The trick is to click reverse icon order. Here is a sample workbook you can download https: What methods will be suitable to make it change using conditional formatting? Then link the numbers and text you want to an adjacent column. My issue is when I initially load an item into my spreadsheet, the Actual Date will be blank because it hasn't happened yet.

Currently, my indicator gives me , because there's an error when trying to subtract a 'blank cell' in the Actual Date cell from the Planned Date. What I want is for the indicator for the Status to remain clear blank if there is no date loaded into the Actual Date cell. Do you have any idea how I can make that happen? Perhaps a nested IF statement? I'm not savvy in writing IF statements. Do you think you could offer a suggestion for how to write such an IF statement that first looks to see if there is an empty cell for "Actual Date" and if that is TRUE, then it makes the Status cell value equal zero — producing no indicator.

That is two double quotes back to back without a space. This is where A2 is the planned date and B2 is the Actual date. If either the planned date or the actual date is blank then the if function will return a value of a blank value and the icon sets should not appear blank. Here is a sample Excel file you can view with my OneDrive folder. Apologies it took a while to get back to you. However, your post was quite helpful. A decision changed my initial direction, and I instead needed to show the indicator if the task closed on time or late. So, same concept as above, wherein I needed the indicator to be blank if either the Actual Finish Date or the Planned Finish Date cells were blank for any reason.

I did have to alter a bit for mine to work correctly per my new direction as follows: For example — I have a due date A , completion date B and status C. Status should show as follows: Hey Rachel, Here is a solution that I think will work for you. You can download the file from OneDrive. Thank you so much, especially with the quick response. I had to add an extra column in to factor this as I had other parameters on a quarterly basis however this has still worked superbly.

Hey John, First check to see if your cells have been rounded by displaying more decimals. That probably is the case. Thanks Steve, that was very helpful. The steps are very simple and easy to follow. Has the icon sets color in conditional formatting in office Proplus edition changed to blue instead of green, grey instead of yellow and light red instead of the dark red in earlier versions of Excel. I have recently got Proplus version installed and my traffic light colours are looking wierd. I am not aware of that drastic change.

Currently the latest offering of Excel is version on a Windows and I have not run into the issue you are descriping. Hi, can you advise me if the following is possible. I have a spreadsheet with rows of addresses and dates of survey. It is then split to separate pages which details all properties being surveyed in specific months.

Example properties in April, 50 in May and so on. Is there a formula that can automatically update the date for specific properties in the relevant monthly page whenever a date is updated on the main page, not convinced there will be but would save a lot of duplication and reduce the margin for error if this could be set up for automatic updates. Sounds like it might be done but it would require formula links to the master. If you are interested in paying me for some time to help you solve this issue, then please contact me at my new business site http: Hey David, Traffics lights will not work on text.

But with the IF function you could write a logic function that returns numbers based on the text. Good afternoon Steve, if I have a formula to determine status color: It will be so much easier to read. The trick to getting traffic lights is to first create a formula that outputs numbers like 1, 0 and I cannot support what that formula would look like for you, but if you can get that part right, then make the conditional formatting display icons only which will suppress the 1,0, and You are commenting using your WordPress.

You are commenting using your Twitter account. You are commenting using your Facebook account. Notify me of new comments via email. Notify me of new posts via email. One column will show the actual date of review, the next will shown the scheduled review date and the next column will contain the traffic lights, green if carried out before or on the scheduled review date, Amber if between 1 and 30 days overdue and red if over 30 days overdue.

I would arrange the spreadsheet as seen below.

If the sign is mounted on a bus it means that bus is used as a school bus formerly used. No through road side road. Fast-traffic highway, only motor vehicles allowed formerly used and. The background is green on motorway formerly used. If the symbol of motorway is used inside other information signs it has a squared shape. Motorway ahead with a summary of transit restrictions Formerly used.

Councils get new powers to tear down pointless road signs 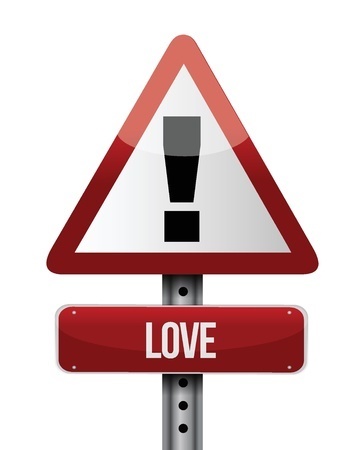 No vehicles over length shown. No parking at all times in front of vehicular access to the side properties. End of minimum speed. End of pedestrian lane. Directions in urban areas. Directions on a main highway with lane canalization. Directions on a motorway. International tunnel number sign. Destination that can be reached from next exit on a motorway or an expressway. Regional boundary sign motorway. Direction to service shown in urban areas in the example municipal police. Street name sign with one way.