This plane is missing the left nicker and one of the two screws that would have held it. There is some pitting on the right side which impacts the grading, but this is a nice user example. It has a full original patent date iron. The bare metal surfaces have a pleasing light patina with just a few tiny spots of corrosion on the sides. The tote and knob have original finish with no tool box marks.

Nice number 8s like this are really hard to find these days. ST Number 99 Side Rabbet A somewhat scruffy looking as found example that is missing much of its nickel and has a dark patina on the bare metal surfaces. It has a full original iron and will make a great user for a gift price. Most of these planes in the hinged wooden box were made for the British market and are marked 55E, but this one is not one of those. It is a sweetheart marked plane. It shows ome honest nickel wear on the skate but is still a very clean plane that should satisfy a collector or a discerning user.

This plane is from a good collection and the collector has labeled it Type 6, which I have not looked up but it sounds right. The wood is quite nice with pronounced figure. The number 12 is stamped into the base of the tote, probably the inventory number in a commercial shop.

It has not been ground convex for proper use as a jack plane. A nice example for the discerning user. ST Number 25 6" Bevel A sweetheart marked example that is used but cared for. The finish on the wood has some normal wear but the wood is crisp as is the brass trim. The blade doesn't retain any bluing, I am not sure if they were blued in this period, but has a pleasing light patina.

A very nice example for a user or collector. ST Number 12 Scraper Plane This is an early Stanley 12 were the sides taper in at the front and rear, what collector's like to call a type 1. The blade is a period generic replacement. The original blade on the early 12 had chamfers on the corners. The bare metal surfaces have a pleasing medium-dark patina. The only flaw is some marks on the top of the blade, as was bent prying something open and then flattened with a hammer. This is a nice plane that will make a great user. ST Number 66 Rosewood Marking Gauge This is a very lightly used example with a crisp brass inlay in the head and the brass wear plate around the pin.

There is a small dent in the edge of the head where it was dropped, which kept it from getting an extra plus on the grading. It has a low knob and a sweetheart logo iron. The wood is great. The bare metal surfaces have a pleasing light patina. ST Number 45 Combination Plane This is a clean Stanley 45 that is in a finger jointed box that looks very similar to the original Stanley box, but is actually better made.

It has a bit thicker sides and the lid is less fragile. Also the corners have been rounded. There is slight wear on the fence. The label is mostly gone from the blade box. It does not have the instruction sheet, but it does have the screwdriver. A great user for a modest price. I don't personally find that the depth stop makes much difference, but customers always seem to want it. These planes are in similar condition. Both have near full blades but show honest wear to the nickel. A nice working pair. The plane has a pleasing medium patina overall.

There is quite a bit of japanning loss and there is some white paint on the tote which led me to give it the low grading. Untouched condition, I wouldn't do anything but wax it and use it. ST Number 16 Mitre Square This is the original style with mahogany stocks inlet into a cast iron body. The body is crisp with nice patina. The mahogany has much original finish. The 10" blade has a bright and blotchy surface because an idiot has hit it with a wire wheel. I am sure that it will tone down with handling. It is in wonderful as found condition, showing very little wear.

It would rate fine but for a chip in the stem where it was dropped a long time ago. Still a lovely as found example. The bare metail parts have a pleasing medium patina. Most of the nickel is gone from the lever cap, but it still has the orange paint around Stanley. There is some heavy pitting on the upper half of the blade, on the right side. 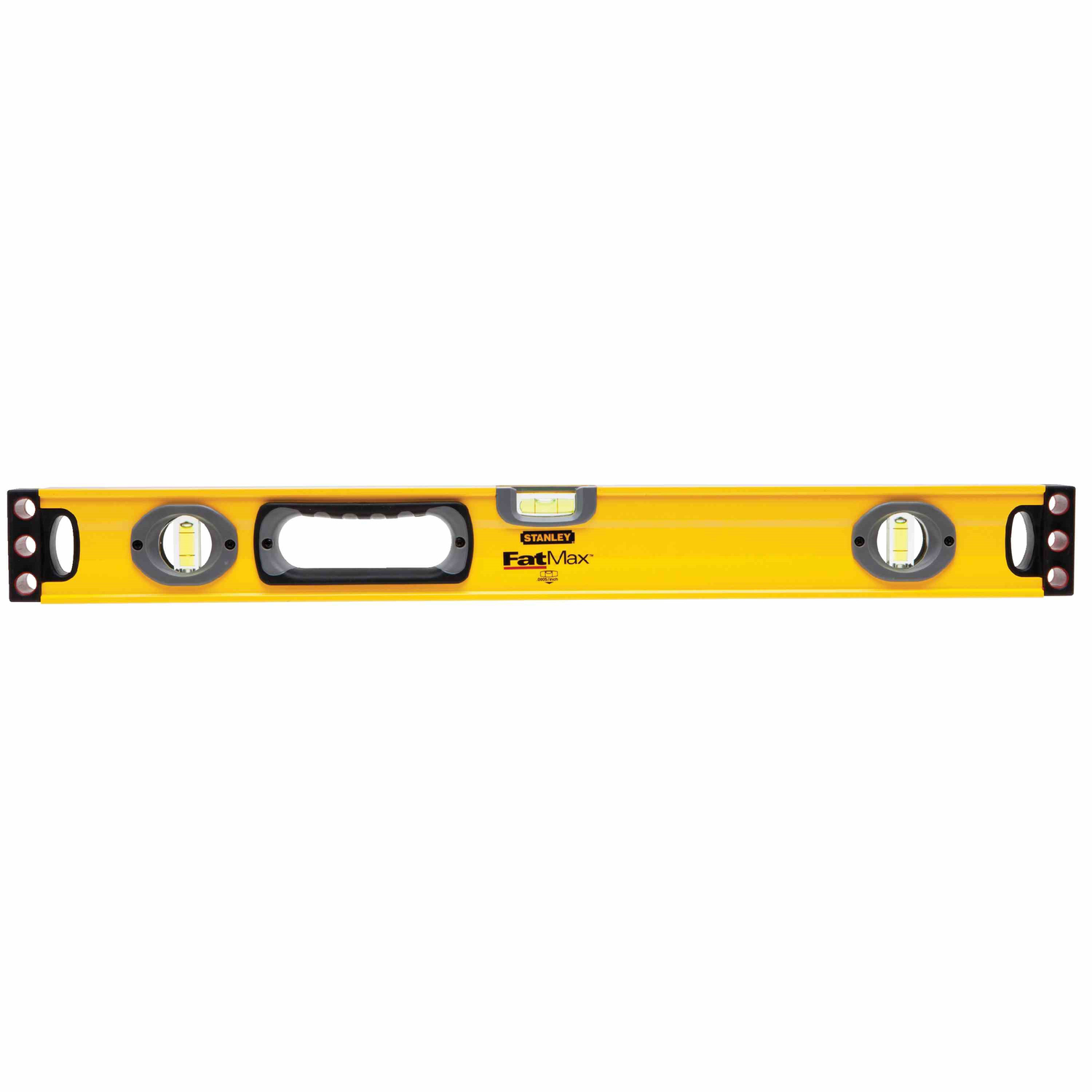 It doesn't hurt anything, but it certainly led me to downgrade the condition and lower the price. If you want a good pre-War Stanley to use, this is a bargain. Thus rule is really superb. Somebody has ground the "Bell System" mark off of the frame. The handle and head show tool box rash. A good working brace. The head has a flat on one side to be flush against the wall.

The head and grip are rosewood. The metal is in nice condition. The head has some tool box rash. ST Number 59 Doweling Jig A very clean example in the original box with the original instructions and a pamphlet for the 77 doweling machine. The box is OK but not great. ST Number Hinges A new in the box pair of sweetheart marked hinges. They are 3" by 3" when open and come with the brass screws. They are brass-plated steel. Where do you find new in the box door hinges from the s? There are two spots of corrosion showing through the nickel on the lever cap.

Overall this is a nice sweetheart marked plane, although it is not quite up to the standards of a discerning collector. It has the remains of the original box, although they are tatty and essentially worthless.

ST Number 4 Bailey Smoothing Plane A war time made plane with the bakelite adjuster and no nickel on the lever cap, but it still has nice pre-war quality rosewood for the tote and knob. Also the blade is not dated. These things tell me that it was probably made early in the war. THe blade has full original length but it does need a light grind and sharpening. The corners of the sole have been relieved, a practice that some of the old timers embraced.


The plane has an even medium patina and is in really crisp untouched condition. The nickel plating has some light freckling and there is some light staining on the blade, which is why I added the minus. The box is not great, but it isn't a total wreck either. This plane feels heavier to me than the American counterpart and should make a great economy user block plane.

I am not great at dating these, but this one has the patent on the blade and looks pre-war to me. It could use a good cleaning and will make a great user. The wood is rosewood, but looks to be post-war wood. In short, not a purist's plane, but a great user and priced right. One of them has light pitting on the point making the markings hard to read.

The prices above are generalized from the more common models. This is the tricky thing with Stanley tools Old Stanley Level Thanks, Bruce. Old Stanley Level You won't get meaningful help on the forums the tool dealers hang out at, but you will get a number of offers to take it off your hands cheaply. Price is all about scarcity, condition and presentation. You have to find the right buyer.

Unless it's exceptionally rare, original finish and labels are vital to those willing to spend more than a hunded bucks to get it. You can clean it up, take some good pics Include the patent reference in the ad, and list it in the antiques as well as the old tool sections. Pay for a counter and you'll get to see what the interest is for the small price of the ad if it doesn't sell.

Your research should also include searching eBay's past sales of the item using their advanced search feature. Then if it's worth enough to sell, rerun your ad at a hundred-dollar start with no reserve for 10 days and consider one of their dollar enhanced ad packages to attract the antique Americana buyers as well as old tool lovers. The one time I had something similar, spending the extra money for marketing paid off. Also offer to ship worldwide, as the number of bidders the better, and I find mail service to Peking and Italy to be far less risky than mailing something 80 miles away to British Columbia.

Old Stanley Level Thanks for your reply, Bob.

Mostly, at this point I'm motivated by curiosity about the tools I find in barns and attics here in Maine. Most of them suffer from ill use and rough storage in a damp climate. This is a place where packaging would not have survived longer than a trip to the woodstove. Many peices come with a history and a story from the owner about their grandfather - This level was sold by the grandson who told with pride about the building that I was standing in that was built by his grandfather.

I didn't need another level but it arrived with a pile of clamps I needed Need is a subjective concept, except in the area of clamps It is unusual enough to want to know the details that dealers seem to know all about How do they know? However, I should get rid of stuff so that my survivors don't have to hold yardsales every weekend for a decade.

Your advice is pointing me in the direction I should go. Old Stanley Level Speaking of levels; I thought I'd pass this idea of mine of a standard 2'level I altered about 20 years ago. I got tired of squinting at the bubble in dark places and decided to illuminate the level. Shown in the images is the match sized bulb mounted in the all three vials. Two AA batteries power the bulbs with a small toggle switch providing on off choices.

Also notice the two small magnets worked into the level. This gave me the ability to place the level against a metal door buck adjusting it for plumb with some light on the bubble. I'm sure Fourmites can figure out the wiring. All components were purchased at Radio shack. It would be easy to do in a wooden level.